The full website, as mentioned, shows the "hello.jpg" image under the "the receiver" section. It also has a section named, "the giver", which shows a man with a large penis reaching up to his chest. The names suggest that a man is about to insert his penis into another man's anus. It also has dead links to websites like urinalpoop.org and dolphinsex.org, while older ones link to biganal.com.

In 1999, the website was in its original state. Until June next year, it had the text "What are you doing here?" at the center before redirecting to index2.html after 10 seconds. The website goes back again with 2 other links to feedback.html and contrib.html and links to urinalpoop.org and dolphinsex.org, all of which are supposedly made by the original owner. In 2003, the website's owner added a note that there "are many merchandising attempts for goatse.cx", and "none of them are real." He then said, "The official goatse.cx merchandise is coming soon."

The goatse.cx domain name was sold at an auction to an unknown bidder on April 30, 2007. The first auction ended with fake bids, according to seobidding.com, so the auction was reactivated. This time, fake bidders won, so Seobidding.com announced that the website would be sold for $500,000 and that legal action would be taken against the fake bidders. On November 25, 2007, the site was still for sale, asking for a "$50,200 minimum". 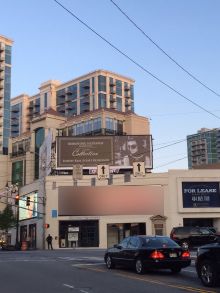 In early December 2012, the site planned to launch its e-mail system, named Goatse Mail. However, the e-mail system has not been launched since. The website was then put back, after a new owner purchased the website for 8,000 euros in 2008, and is now planning to be a subdomain service on which you can host your website. There were also plans for a cryptocurrency called Goatse Coin, but there doesn't seem to be any progress.[2]

The latest version of the site would allow anyone to "purchase a patch of pixels in exchange for ether (the native token of the Ethereum blockchain) and fill it with an ad of their choice". With 6,000 pixels sold, the owner has already made $624 at .001 ETH (worth $104) per pixel in 2018, according to Vice.[3]

Website owners have used the goatse.cx image to discourage other sites from hotlinking to them. Images on the site, such as hello.jpg, have inspired parodies, mirrors, and tributes. Goatse is also a well-known internet meme. In November 2000, A link to giver.html was added to Stories of Oprah: The Oprahfication of American Culture book, one of Oprah Winfrey's online message boards, but it's shut down after. In the year, an unknown hacker hacked Yankees.com to display the Goatse image after the Yankees won the World Series in 2000.

In Doom 3's expansion pack Resurrection of Evil, there's an arcade game called "Hellanoid" (a parody of arcade video game Breakout) in Erebus Labs, after beating 1-2 levels to display a similar image of Goatse in level 3. However, three arcade games include (Sarge's Big Game Hunt, Hellanoid, and Martian Buddy Blaster) are replaced with redundant copies of "Super Turbo Turkey Puncher 3" from the original game in the BFG Edition.

In April 2011, it was reported that an Audi billboard ad displayed an image similar to the Goatse image. Pranksters put Goatse on a digital billboard in Buckhead, Atlanta, Georgia, in May 2015. Pranksters signed the PGP keys of Facebook and Adrian Lamo with ASCII art of Goatse. One article asks, "unintentionally hilarious or intentionally evil?".

The Gay Nigger Association of America, the known creators of Last Measure, created a grey-hat hacker group called "Goatse Security" which derives from the site's name, in December 2009. The group also used the image as a way to troll, such as adding the image to Last Measure, a supposed "leaked" operating system that booted the image, and more.