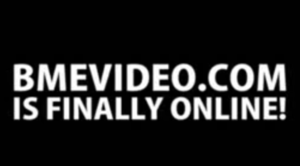 It was later confirmed by Larratt that the first installment was faked, but all the other sequels are actually 100% real. The promotional sequels were linked on Shannon's blog and can be downloaded and viewed off the blog's video section alongside other videos of extreme body modification. Shannon Larratt died from a rare muscular disease on March 15, 2013, aged 39.[1][2]

BME Pain Olympics Final Round is a shock video shot on a VHS camcorder, depicting two men (rumored to be played by the same person) graphically mutilating their genitals, with one man chopping off his penis with a butcher knife and another chopping off and slicing open his genitals. The song playing in the background of the video is Livin' Like A Zombie by Christian death metal band Mortification. On January 22, 2012, Shannon Larratt responded to an AMA request that was aiming to talk to participants confirming the video was a hoax. However, he claimed that the BMEvideo trailers associated were "completely real and contain arguably more extreme footage."

The first trailer of the BME promotional videos. It can only be watched on the old BMEvideo website or from it's original VHS tape. Unlike the other trailers, it mainly shows images ( sometimes with a clip sliding across ). The video depicts images of split open penises, a stitched up vagina, a pierced clit, multiple images of split and pierced tongues, a penis stabbed with syringe needles, a clip of an man nailing his balls on a table, a pierced uvula, and a man holding a pair of sliced off testicles.

BMEvideo Trailer 1 (sometimes mislabeled as BME Pain Olympics 3) was the one of the four authentic cock and ball torture videos labeled as the BME Pain Olympics. These videos were made to promote the website BMEVideo (which has now since merged with BME's main website) and show excerpts from videos that were uploaded to the site. The videos also had the notability of having music play over the disturbing clips.

The video depicts a man stretching open his anus, a man shoving a long skewer though his gut, a man showing off and masturbating an enlarged, silicone injected, penis (an object that looks like pickle or cucumber can be seen within the meatus), ants crawling and biting on a man's genitals, a clip of an removal of flesh stapling from a guy's arm, a guy inflating and deflating his foreskin, a man slamming a hammer on his penis, guy being lifted off the ground by his scrotum, old man pushing a butter knife down his urethra, a man pulling a nail out of his urethra, a man shoving AA batteries in his urethra, a guy stapling his foreskin with a stapler, a close-up of pumped up enlarged nipples, a guy snuffing out a cigarette on his penis, a man splitting his urethra apart with a soldering iron, and a man rubbing his genitals against a cactus. The music playing in the video this time were the first two tracks (4/01/05 and 4/02/05) from the experimental rock album Suspended Animation by the supergroup Fantômas.

The video depicts a man lighting firecrackers in his urethra, a man splitting the underside of his penis with scissors, man shoving his penis down a vacuum cleaner hose, wasps walking over a man's split open penis (presumably stinging it ), A woman's vagina being stretched apart by a home made machine, a man cutting off skin from his penis and pushes up his testicle, BB balls coming out out of a guy's urethra. A guy masturbating while his penis's on fire. A man cutting off the tip of his middle finger. A penis tightly binded and stabbed with fish hooks, a close-up of a penis head split open, and a man with a flattened penis. The video ends with the woman from earlier hanging from a tree, while a man circles around her making absurd-looking movements. Some of the videos featured appear to have been recorded in the 1990s or early 2000s as they were shot on VHS camcorders.

BMEvideo Trailer 4 is the last and most obscure BME trailer made by Larratt. It is considered by many people who have seen it to be the worst. The song playing in the video is Estilo Do Gueto by Brazilian rapper Black Alien. Originally, it was posted to Larratt's "MODBlog", however the video is unviewable. As stated before, it is extremely rare to find and only just recently has any link to it surfaced.

The video includes a man pressing a lit cigarette against his testicles, a guy using a Burdizzo for self-castration, a man inserting a Prince's Wand in his urethra, a very quick shot of a pumped nipple, a guy inserting a toothbrush in his urethra, a guy shoving a catheter in his urethra, a guy pulling needles out of his penis glans with extreme bleeding, a man opening his urethra using a laser, a man branding his penis using a paper clip, skewers being inserted into a penis as it squirts blood profusely, a nipple being chopped off by a chisel, a man having his balls lift a pack of water bottles, a man pouring melted candle wax down his urethra, and numerous ejaculations. A link to it can be found on Russian social media site VK.

I think that was another fake BME video that used sausages. Doesn't mean the first is fake, just saying
Permalink
You are ignoring the author of this comment
Show comment | Manage ignore list

There was another BME video trailer that was created in 1997, it showed images rather than clips