Jarsquatter, also known as 1 Guy 1 Jar or 1 Man 1 Jar, is a shock video made by a Russian man named Alexey Tatarov. The video was posted onto eFukt on December 4, 2008. The video is so jarring that it had received millions of views on video-sharing sites such as YouTube. The video also appears on the 18th level of Runthegauntlet.org.

The full video begins with a naked man standing above a jar on the ground. The man sits on the jar while it slowly makes its way through his anus. Once it is fully submerged, the jar explodes, after which blood pours from his anus. Without flinching or making a noise, he calmly picks pieces of broken glass from his rectum, while a pool of blood gathers on the floor. After removing all of the glass pieces, the man stands up and walks away.

The day after the video was posted on eFukt, the Golf MKV Forums member danger dan posted a link to the video, describing it as the “most disgusting thing” on the internet. On December 22, a reaction video was uploaded by YouTuber mdrproductionz, which accumulated upwards of 135,000 views and 1,100 comments in the following five years.

On August 20, 2009, a 1Man1Jar site was launched with an auto-playing embed of the original video. On October 8, 2012, Redditor gravity submitted a post to the /r/vertical subreddit, featuring a vertical four-pane comic using screen captures from the show Lost with captions describing the Jarsquatter video in horror, which received over 600 upvotes.

On February 23, 2013, Redditor suthrnpride44 submitted a post to the /r/FiftyFifty subreddit, with its title claiming to be either a screen capture of the Jarsquatter aftermath or a photograph of a duckling. The post, which actually linked to an image of a swimming duck, gained more than 460 upvotes and 10 comments in the next month.

On February 9, 2009, the shock site Ow! My Ass! published an interview with Alex, which revealed that he was Russian, was twice married with two kids and worked as a sales manager.

The scream at the end was not his. The scream was from the editor on efukt.net what was added to tree video.

Hey, this is Jclem05, from FANDOM and Miraheze!

Why is this video popular now?

why did this man have to do this to himself??

In one of the interviews, he stated that the reason for him to do this is because he wanted to show how possible his body can do anything, which is why he does so many crazy stuffs such as putting a pencil while two apples are in his anus. I think Alex doesn't do much of this as he started becoming very aware after this jarring incident.
Permalink
You are ignoring the author of this comment
Show comment | Manage ignore list

I cannot find that scream edition anymore, was it a deleted version?

Is the man still alive?

the man is a professional salesman and is not afraid of being known as the 1 guy 1 jar guy? 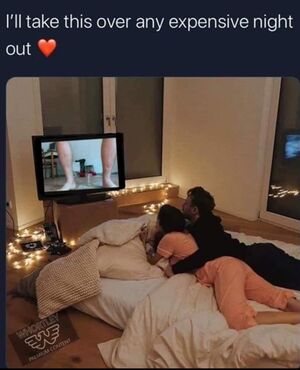 11 months ago
Score 0 You
is that newspaper ?