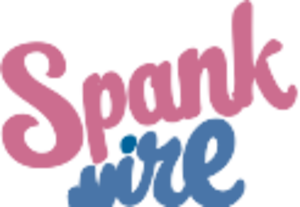 Spankwire.com is a porn-site featuring free sex clips, naked videos, and lots of other pornographic content. The site has become well-known for a video, known as: "One of the Scariest videos out there", which became popular in reaction videos, some dubbed "Spankwire reaction" or "Reaction to Spankwire". This doesn't really make sense since they were reacting to the video, not the website itself. The website is still active, however, the video was shut down in 2018.

One of The Scariest Videos out There[edit]

The video featured on Spankwire.com became popular in reaction videos. It featured various clips of people mutilating their genitals, including cutting them open, skinning them, chopping them off, setting them on fire, blowing them up, etc. while the song Knockout by Survivor plays during the whole video. Some clips featured in it were from "BME Pain Olympics-The Final Round". The video was known as one of the most shocking videos after BME Pain Olympics, and a lot of people were highly disturbed while watching it. However, as the video was removed from Spankwire in 2018, it's no longer possible to watch it.