To my dear her 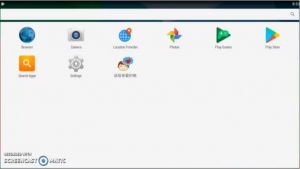 The screenshot taken from the video, which shows an application of a person's face with hearts above.

To my dear her (Chinese: 送给亲爱的她) was a screamer application developed by Unknown creator. In August 2016, the application was spread across Android devices in China. the app attempts to pretend to be a social platform client with the same name and the icon that was taken on the original app, however, the app storage was 1.5MB, while the original once only costs around 11MB.

NOTE: The following download link contains a screamer application as well as including a malicious script that will harm your device!