TikTok is a video-sharing platform that was founded by ByteDance in September 2016.[1][2][3] The platform has many short videos uploaded by anyone with a topic such as gaming, pranks, entertainment, etc. Any video uploaded by users can be less than 3 minutes in length. The app was an international counterpart of Douyin, which was made by the same company. On November 9, 2017, ByteDance bought Musical.ly,[2] then merged into "TikTok" in August 1/2, 2018.[1][3] Since then, The app has had over 1 billion users registered on the platform. TikTok has become known for being involved in some screamers and shock videos. 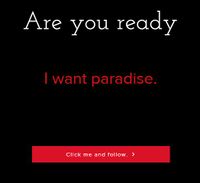 As TikTok has become very popular, it has also become known for screamers uploaded on the platform, reaching thousands of views. Despite this, shock video 1444, a suicide video of a Russian user named Gleb Korablyov, was the first to be popularized by TikTok for its shock value. It has also started a DoNotGoogle trend, where users refrain from searching for any disturbing stuff on Google, mostly shock sites and videos.

The earliest TikTok screamer was TW-Jumpscare, a video that depicts a girl doing a worm before noticing a huge thud from downstairs and someone knocking on her backroom door. Right after, the girl quickly headbutts the screen with a scream from the survival horror game franchise Five Nights at Freddy's. This screamer is similar to Impossible Backflip. On May 19, 2020, a video without a caption or name was uploaded to TikTok by Russian user artem_mokrushin. The video depicts a woman sitting on the mattress and a man turning off the light before she finds a figure during which the light is turned off. After being asked to do so, the man turns on and off the light two times, at which point the figure appears and quickly approaches the screen. The video had received over 20 million views until a Twitter user, BenjaminBell, tweeted the video with the caption "2020 in One TikTok". It has since become known to be called by that name.[4]

The Kekma.net website began to rise from July to September 2020, with many videos about it reaching over a thousand views. However, the shock site has led TikTok to blacklist the term, meaning the term will have no results to appear when searched. In September 2020, TikTok was criticized for having a video of Ronnie McNutt's suicide appeared on "For You" feed. Forbes also stated that some disguised "as clips of cute animals." During December 2020, the Instagram account mr.lilcarti uploaded a shock video, possibly taken from Hoodsite, depicting a 5-year-old boy named Hozefa Shaikh[5] being accidentally trapped and crushed by the elevator. The moment the video from the account was popularized, it was shortly deleted after many reported deleting the account and its video. On December 20, 2020, TikTok user Aria Cyrus created and advertised[6] her website, 1092paradise.com.

In June 2021, user Mayengg03 uploaded a shock video which began with a clip of a girl dancing to the song "Dick" by Starboy3 before cutting to another video of a young man being beheaded. The video was titled "Duckpack51", after the blog where the video originated from.