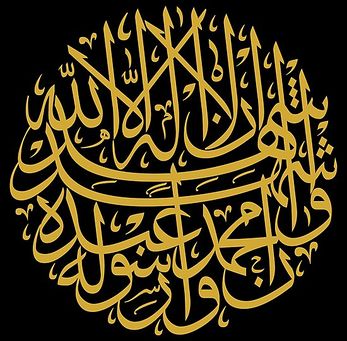 Don't believe this, it's a trap! - Admiral Ackbar

Reporting Un-Islamic Content is a shock web page located on the website Encyclopedia Dramatica. On some Islamophobic pages, there's a box saying "Do you feel the article (said article) goes against the Sunnah of the Prophet? We are here to help! Please click here!." Like Offended, clicking the box links to this.

The article begins with a montage of some pro or neutral Islamic-Related photos, however, after some photos, it starts showing disturbing imagery involving pornography, dead people, gore, coprophilia, and other gruesome content where anti-Islamic is displayed.

The original link has been deleted due to encyclopediadramatica.se shutting down, you can still visit it using Wayback Machine.

After scrolling down, then shows the Israeli Prime Minister Benjamin Netanyahu, a sign saying "Welcome Zionists" and U.S president Donald Trump. Afterwards, a text stating "We hope you enjoyed!" pops up with the Los Angeles FBI's phone number; the text then tells the viewer to "recite shahada followed by takbir, three times" to the FBI as loudly as possible. At the bottom on the page, there's a link to Offended saying "If you have been offended by this, please, DO IT FAGGOT!"

Brothers and Sisters, thank you for viewing this page for help on reporting Islamophobia and un-Islamic content. Islam is very important to us here at Encyclopædia Dramatica, and transgressions against the laws established in the Qur'an by Allah (سُبْحَانَهُ وَتَعَالَىٰ) as well as attacks and slights against Allah, the Messenger Muhammad (ﷺ), other Prophets of Islam or the Muslim Community in general are taken very seriously.

Please refer to the gallery below for Naseeha content, before consulting our customer helpline. SMILE! It is Sunnah! Allah (سُبْحَانَهُ وَتَعَالَىٰ) is great and merciful!