Moto Moto Meme (Stylized as: Moto Moto | meme) is an animation made by Valdroxx, also known as Cristali, Zafiro, or Jade, who is known for being an art tracer and pedophile.[1] The video was focused to the Moto Moto Likes You meme but as in animation meme, but Valdroxx end-up giving the viewers some "bonus" that is contained a screamer at the end.

The video starts with the 2017 Nintendo Switch logo, However, After a few moments, Valdroxx showing some YouTuber who does Livestream. After that, the animation meme starts, which with the Moto Moto Likes you, featuring Valdroxx's characters, Cristali (Pink haired) and Zafiro (Blue haired). After the animation ends, it shows up a text screen in the black background stating "I'm bored, sorry, Idk What to do". While "but take this because I love you a lot... pls be careful" is the text before the screamer starts.

The screamer also contains the red-flashing lights of seems to be different images of Regan MacNeil, Pazuzu, Ahenobarbus Henocied's profile picture (which is likely supposed to be from 2channel, a Japanese textboard, similar like 4chan), with the same scream sound effect from Jingle Bells Reversed. the screamer also ends and it will show up the text screen "Sorry2x", then Nelson Muntz's laugh sound from Template:Best can be heard after the end of the text screen.

Guys, I searched up that Pedo, went to images, and look what I found. 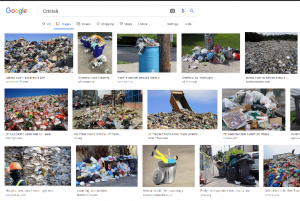 8 months ago
Score 0 You
no its just random

one month ago
Score 0 You

I was there when the guy got arrested back in 2019