Regan MacNeil is a character from the 1971's horror novel The Exorcist, the 1973's horror film adaptation with the same name, and its sequel The Heretic. Regan is a 12-year-old girl who gets possessed by the demon Pazuzu (who is also seen in some screamers), making her unable to control her own actions. 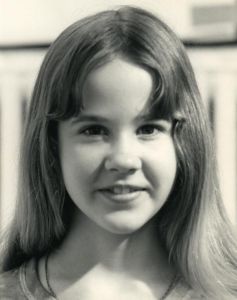 Different pictured of Regan are commonly used as images for screamers, with some famous examples including The Maze and Shafou.com as possessed, and as Maze Game 3 appearing eyeless.