Hello guys. I am new on this wiki So i have been at this wiki just before screamer wiki shuts down so, i was fan of screamers so check it out

Ok so this is my guide about screamers

First i will make a rule how to make screamer, here it is

And others so here it is how to make screamer. Use programs like windows movie maker and others

thinking what will you make[edit]

First you must think what screamer you make and make it

And then make the video, project, games, gif, animation like what's wrong with this picture (add something wrong), find the ghost (add hidden ghost with hint), and others

You need to type the image you want to insert to your project. Like the dining room from what's wrong, and others.

After that. Make your own background with text (no seizure please). Like this for example 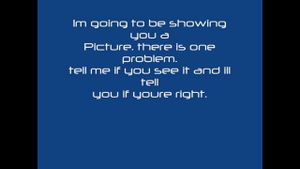 Insert the image you make and then put something hidden in the photo.

Put your own song, do not make it silent because people will turns up the volume and get jumpscared

Put the rarely used screamer photo like example : Ellis, Ima Socchi and others

Do not make the sound played million times or earrape. Make the simple sound from websites like lomando.com for example.

This happens when someone uploaded screamer. People might dislike your video, blocks you and they sometimes report it (don't be like MJC03 when he accidentally scares one of the user and his project get reported and taken down. But luckly he reuploaded it back to scratch at august 26 2019 at same day of edmond tornado)