From Screamer Wiki
(Redirected from Herobrine.96.lt)
Jump to navigation Jump to search 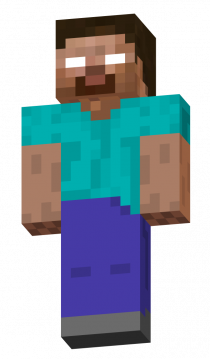 Herobrine.com was a screamer webpage with a misleading domain name that tricks the user into thinking the website was about Herobrine sighting, but the website doesn't have to do with the rumored hostile-mob called "Herobrine" who is a fictional character from a creepypasta based on the game Minecraft, the site was registered on 2012, when Herobrine was trending in 2010-2015, it's specifically a mirror version of the website Shafou.com.

When accessing the site, the user is redirected to Shafou.com showing a cropped picture of Regan MacNeil to make it look like a close-up, accompanied by the same scream from The Maze, the page subsequently reloads, and loops.

There was another website, called "Herobrine.96.It", which basically shows the same content as the original, but it contains a script, that locks the mp4 sound to 50%, the site is now closed.[1]

The website used to be hosted by a Chinese user, the content of the site was his blog[2], it was then acquired by someone who changed it to be a site showing sightings of Herobrine. Later, someone else got the website domain and turned it into a screamer, leaving the visitors in shock, the website is now closed, along with Shafou.com.