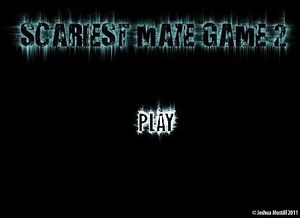 Scariest Maze Game 2 is a sequel to Maze Game 4 and it's a flash game created by Joshua Mustill.

The screamers are from Maze Game 4 but this time, the scream is replaced with the same scream from Scary Tic-Tac-Toe.