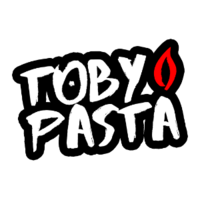 Toby "TobyPasta" Bouchard is a Canadian horror enthusiast who started his YouTube career on May 8, 2015. He is widely known for focusing on making horror-related videos, such as his screamer showcase, bizarre commercial reactions, as well as horror movie reviews and more. A mainstream media outlet, DenOfGeek, cited TobyPasta for discussing the internet screamers phenomenon in his first video, in which he mentioned Ghost Car as "considered the GOAT of all Internet Screamers."[1]

The channel was launched in May 8, 2015.[2] From the beginning, it was an empty channel with no videos uploaded until 2019, when one video was uploaded to the channel[3] on late-2018, titled "Internet Screamers: Remember Those?", featuring infamous screamers such as The Maze, K-fee, Proof of Michael Jackson's Ghost and more. The video has gained a little success for him and he managed to reach his first 100 milestone, which he shortly announce on his channel at a later date. [4] Right after this, he continued uploading more horror content, aside from screamers. Almost at the end of 2020, TobyPasta announced that he had reached 1,000 announcements.[5] and is now reaching up to 2,000 subscribers as of 2021.

He, unironically, began selling merchandise featuring The Maze-designed hoodies as well as his own souvenir merchandise such as stickers; those can be found or bought through his merchandise site, tobypasta.store.[6]

TobyPasta has a cat named Pierre, who Toby has featured in some social media posts before. Toby also runs a podcast, which consists of Toby and his friends Pierre and Anthony, discussing strange things and events. [7] The podcast is no longer made.