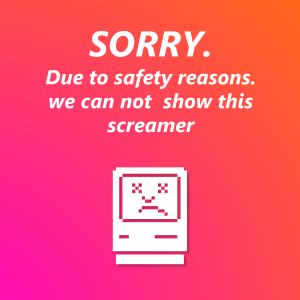 Momo was a hoax and Urban legend/Creepypasta character about a nonexistent social media challenge that was spread on Facebook and other media outlets. She is depicted as a young woman with long black hair, large bulging eyes, a wide smile and bird legs.

It was reported that children and adolescents were being enticed by a user named Momo to performs a series of dangerous tasks including violent attacks, self-harm and suicide. the event with innocent kids TV episodes of Peppa Pig or Kinder Toy unboxing, and other shows aimed at very young children, being interrupted by Momo (The creepypasta meme) with threats she is coming to kill the viewer which traumatises the young viewer[1].

Often, parents will leave their kids alone to watch episodes of childrens' programs such as Peppa Pig, the episodes themselves will be harmless, luring the child into thinking they're watching the full Peppa Pig episode, however, at some point during the episode, without warning, the episode will cut out to a picture of "Momo" doing one of the following:

Other examples include "Momo" being replaced with a YouTuber Filthy Frank or known as Joji, it features a green screen where he instructs the viewer on how to self harm with a knife.[2]

One of the reasons this happens, is because it's expected that the parents won't be around when "Momo" pops up.

NOTE: The following links contain the images of Momo. do NOT go on either of these links if you are easily disturbed, scared or offended by them.

Hey, wasn't this on offended?