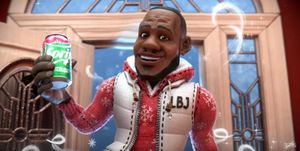 A clean version can be found here.

In 2020, The Domain later changed to an image which tells the user to go to Spriteharder.com which redirects the user to a video of a guy ripping his dead toenail

In August 2020, the Domain replaced its own contents with a current image which informs the user to go to Spriteharder.com which redirects the user to a youtube video of a guy ripping his dead toenail for approximately 3-minutes

NOTE: The following link redirects the user to graphic content!

I can’t watch the video anymore. It’s all covered in donations. Does anyone else have a link to the video like a copy of it?

This isn't shocking as it's just a medical video. But I do love the warmhearted nature of the photo of the black guy on the thumbnail for it, like in the official commercial.

I'm fine with swearing, but not with NSFW content.