The video introduces itself with the text: "Win a special prize this Halloween from Sony Pictures Animation'S Hotel Transylvania.", the video shows two images, tasking the viewers with finding "the five differences" between them. The song "Where Did the Time Go, Girl?" from the first movie's soundtrack plays in the background. The images stay on until 24 seconds, at which point Dracula (voiced by comedian, actor, and filmmaker Adam Sandler in first three movies) suddenly pops up, taking the entirety of the screen while making an angry face, and roaring thrice.

He returns to his usual self afterward and points out the two signs, which read: "Happy Halloween from Hotel Transylvania" ; "Hope you enjoyed your little fright prize!", Dracula turns into his bat form, and flies away from view. The screen turns into an advertisement for the re-opening of Hotel Transylvania 2, a sequel to the first movie. 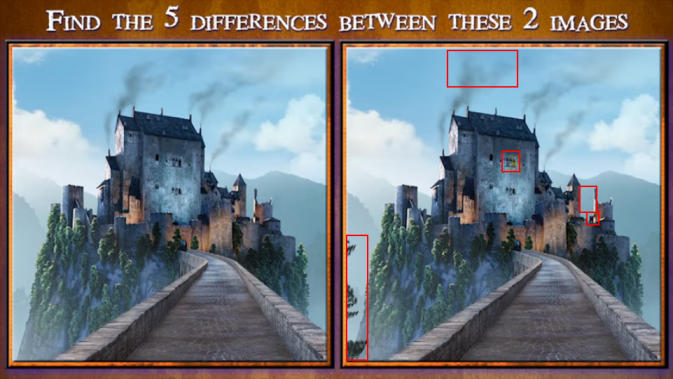