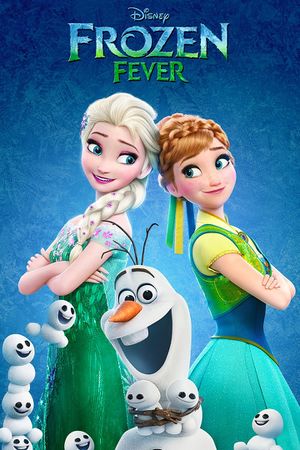 Frozen Fever scary pop up is a screamer video uploaded to YouTube on March 27th, 2015 by user jack skellington (not to be confused with the same character from The Nightmare Before Christmas). The video is based on a 2015 short film Frozen Fever which is also based on the 2013 computer-animated musical fantasy film Frozen and it's 2019 sequel.

Before the video starts, the viewer is presented with a black title card and text. Afterward, a montage of 4 images from the short film is shown containing characters such as Anna and Elsa. Despite the innocent nature of the video, there is no music or sound which creates an eerie atmosphere. however, after some photos, a picture of Katie Embry from The Ring while the image is followed by What's Wrong?. Both pictures have a loud scream playing which follows with the sound of a car horn. After the screamer, A red text appearing "Thou Fallen" is shown while Michael Jackson - Thriller plays.