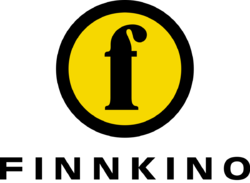 Finnkino of Doom is a series of screamer videos uploaded to YouTube by Japperwokki. They both use clips of the ident of Finnkino, taken from an old Finnish film VHS followed up by a screamer.

Finnkino of Doom (Wanha) ("vanha" is Finnish for "old", the 'v' being replaced here with a 'w' as a joke) was uploaded to YouTube on February 12, 2017. It shows the Finnkino ident normally, until the video reaches 0:05 where a scary edited face from the ВИD logo (From Viacom V of Doom ВИД) in a red color appears with the scream taken from the K-fee commercials.

Finnkino of Doom (Uudempi) ("uudempi" is Finnish for "newer") was uploaded to YouTube on October 23, 2017. It again shows the Finnkino ident normally, until at 0:05 (at a slightly earlier point than in the older version) the screamer appears which a scary edited face from the ВИD logo (From Viacom V of Doom ВИД) with the roar, face and screen cracking.