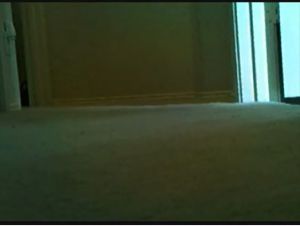 Creepy pop out is a screamer video created and uploaded onto YouTube by a user Randji Sainval on July 23, 2011.

the video starts out by showing a footage, recorded on the second floor, which is quite obvious that we can see the railings to the right, there is a door which can be seen on the left side, which goes to someone's room, however, this is supposedly a parody of Ghost Caught on Tape, after a few seconds, Regan MacNeil with empty eye sockets appears on the door, slowly staring at the viewer, Eventually, a girl with Regan MacNeil face appears, and crawls up to the camera along with a loud scream.