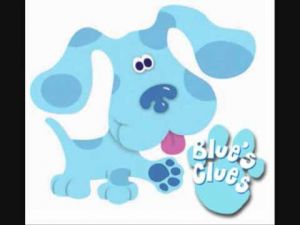 Scary Dora Pop-Up is a screamer video first uploaded by Malcome beastlife Wayne. The video is basically a slideshow of several characters found in Kids' shows, which are Dora the Explorer, Elmo, Barney, SpongeBob Squarepants and Blue from Blue's Clues. After about 25 seconds into the video, a set of scary pictures appear, with a manly scream. Some of these scary pictures include Regan MacNeil from The Exorcist and a screenshot of Michael Jackson in his "Thriller" music video. After the image of a noseless woman appears, the "screamer part" of the video repeats itself, but, this time, with special effects.

On July 9th, 2011, YouTube user janet rodriguez posted a reaction video of a toddler watching the screamer. She was pretty entertained by the video, especially when it gets to the Barney part. However, when the scary pictures show up, she walks away and gets behind a woman (probably her mother).

this was marked as “for kids” by coppa’s bot