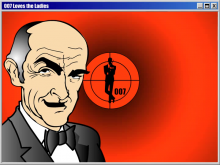 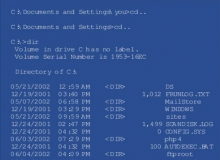 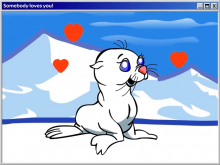 There is a slight pornographic version of this, in which the black and white screen was replaced with a video of a man kissing and licking a taxidermy goat head, this version is accessible at somebodylovesyou.biz. 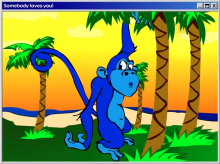 Now a red and yellow screen pops up with a voice shouting: “CHICKSWITHDICKS.COM! HALF CHICK, HALF DICK! ALL THE TIME!” which is yet again displayed on the screen in black letters. 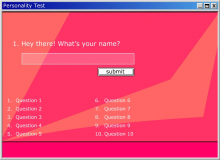 This is presented as a simple ten-question personality test where players type in their answers. The quiz is hosted by a person who narrates the questions and makes brief remarks about the answers, which are the same every time, even if the answer field is left blank. (leaving the first answer blank will display 'Name' as a placeholder, though.) 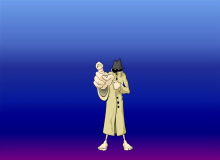 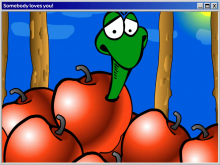 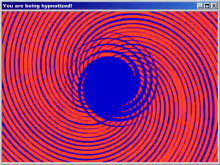 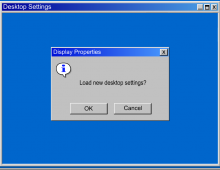 It appears with a pop-up box asking the user if he or she wants to change the desktop; no matter what is clicked, the same effect will happen. The user's desktop icons then change to different cartoon pornography; moaning and music play.