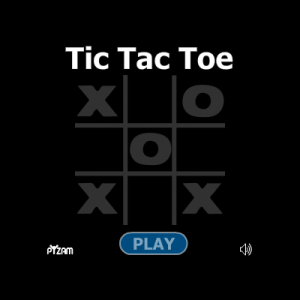 The menu screen of the game.

Scary Tic-Tac-Toe is a Flash screamer game made by pyzam, disguising itself as a simple Tic-Tac-Toe game. After the computer blocks your way for the 2nd time, a shaking close-up picture of a replica zombie mask from The Evil Dead pops up with a loud screaming sound. As of 2018, the original screamer has been deleted.

There's an alternative version of this game - also made by pyzam - that replaces the picture of the zombie with a green clown mask with pointy ears, yellow eyes, and its tongue sticking out.

Oh shit, my dad showed me the original version when I was about 5 XD