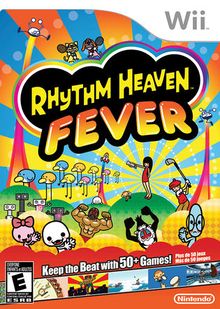 The original game that the animation is based on.

We return to the beginning, where the sex continues until the song ends. Like the original, it has a fake out ending.

I saw this animation by accident and after watching it, I did this: https://yout...A8OHI0?t=306

This was the parody everybody was talking sbout it mostly features the Rhythm Girl from Fever having sex with almost every male in this. Save for The Boy's Crush Assistant Tap Trial Girl Cheerreader Nova Anne Gler Pitcher Reporter and Miss Ribbon. And also half of the characters are missing and while the art atyle was emulated well a few charactets look off. This was not bad for a Rule 34 parody coming from 2012.

Bro, that is fucked

This Video made me Lose my Faith in Humanity...