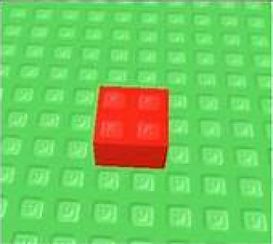 The screenshot shown in the video.

The video displays a screenshot of red brick in old texture, came from the game Roblox

. after nine seconds, a text will slowly scroll up on a black screen saying "Oh, were you expecting a screamer?", then cuts to the same screamer from ROBLOX Screamer.