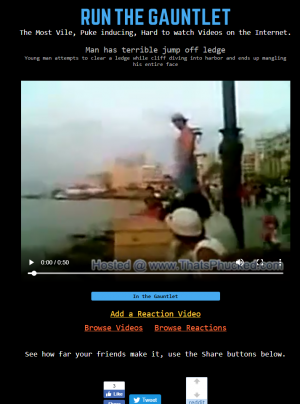 One should be against such a stupid idea, but he learned his lesson too hard anyway... R.I.P

Man Has Terrible Jump off Ledge is a shock video featured on the 13th level on Runthegaunlet.org.

The video was filmed in Lebanon in 2009. It has been stated that the man died two days after the incident. An analysis by journalist Robert Lindsay posted that same year goes into detail about the video.[1]