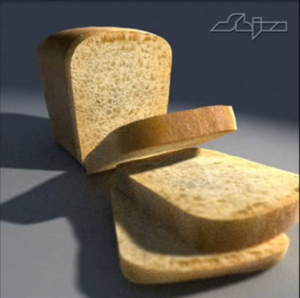 The video itself is a picture of a 3d model of sliced bread and a young, low-quality male voice clip saying "I like bread!" repeatedly. After one minute of this, a picture of a black man with his eyes popping out and tongue sticking out appears along with a loud scream. This video is an edited version of GlassgowKid1's video (which does not have a screamer) called "An extremely boring video." There is also a joke version featuring 2 children, Darrin Dzikowicz with his sister. The video starts out with Darrin himself saying "I like bread" and then his sister appears and screams, comprising the "screamer" part of the video.