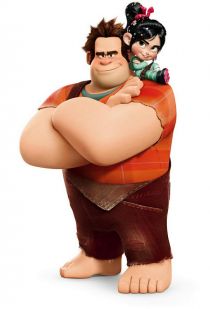 fortniteburger.net is a shock site that refers the user to a Rule 34 image of Wreck-It Ralph titular character Ralph. The site gained online notoriety in September 2019. The website was made on December 20, 2018, but was changed to refer to an imgbb.com-hosted Rule 34 image of Wrech-It Ralph character Ralph based on a promo art for the film, with Ralph edited to have a large erect penis, on around 2019. The name of the site is based on the Fortnite Burger, a burger from Fortnite.

The site did not gain online notoriety prior to September 2019. Starting on September 16th, a series of posts baiting users to go to the site was made on /r/okbuddyretard subreddit and on Instagram, with the earliest known post made by Redditor Radiation69. In the following days, more posts hoaxing users to go to the site were posted on Reddit, Instagram and Twitter.

In September 25, 2019, the image on the website was briefly changed to a photograph of a proposal. The photograph was changed back to a more cropped version of the Rule 34 Ralph image prior to October 16, 2019.

As of 2020, the image of the website changes to Rule 34 Ralph image with face mask.

Later on, Imgur deleted the image, so the website just shows an image does not exist placeholder.

I seen Fortniteburger.net, but a different version.

where the quarantine has lead me today

i love fortniteburger.net it turns me on so much ralph is daddy ;)