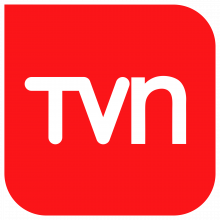 Televisión Nacional de Chile (TVN) is a Chilean public service broadcast aired on TV; the advertisement is a 43-second long video features a screamer. However, the actual date of creation is unknown.

This video starts off with a red screen; the logo "TVN" is seen in the top right corner. The screen fades, an empty hallway is shown, possibly a garage. The screen blurs out, revealing a man with an umbrella standing at the other end. it blurs three more times, as it gets closer three times. After the third time, the screen cuts back to the red screen. 4 seconds later, then, a scary woman (the ghost from the short film Lights Out) pops up with a scare chord, The screen then becomes red.

THANK YOU for editing the page! I’m a noob at MediaWiki, so I don’t know how anything works.