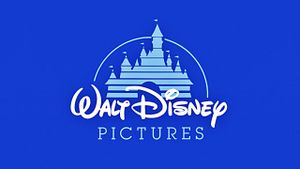 The title explains it all; there's a secret message that Walt Disney was hiding in the Disney logo. In fact, this video shows that Disney was a satanist: He supposedly hide "666" and the Illuminati in the logo. Finally, the creator says that he is going to zoom into the photo to show more secret satanic messages, but instead, a picture of a demon appears roaring and screaming. After the scream a troll face pops up while the creator sings the Trololo song.

Hello guys, it's Killabobader2here. Bringing you another video. As you can see, the Walt Disney Logo, there's this weird thing. There's a lot of-- Hidden messages in Walt Disney. This is the one that catches my eye.

Now look up there. All the towers are short, except for that, big one. Why is it so thick and tall? Well I can tell you the answer. Once I zoom in, now as you can see they put the flag just behind the bad image behind it. And as you can see that circle behind it, represents, another bad thing; it's a subliminal message. Now, um, another subliminal message that caught my eye was in the Dis- in the word Disney. Um- the letter 'I' in there has a circle over it which looks like an 'I' on the Illuminati signs. Now, I'm not an Illuminati believer, obviously, but I see that this is subliminal and evil.

Now, I say no one should, actually watch Walt Disney because they are so evil and they should be, banished from this universe. What- you know this is a subliminal message *Windows 7 device removal sound* showing you: And um, gonna zoom in now to show you the weird thing behind all this. As you can see the t-*SCREAMER.* *Trololololololololololololololololololol.*