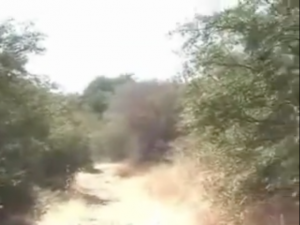 This is why they tell you to never look back.

Coyote Attack Video is a screamer video uploaded to YouTube on September 16, 2007 by scaryforkids. It starts with a black screen and the words "COYOTE ATTACK!" in white text, after which the actual content of the video begins.