NOTE: Don't make any articles on any videos as they will clog up this wiki! 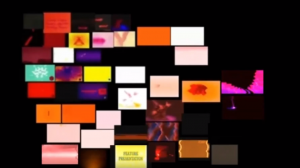 Many videos have a similar layout of 9 Screamers all at once, many G-Major videos are running simultaneously, And used in other layout positions. However, but with many G-Major screamers delayed and appear at a later time. At the end, one screamer pops up with a loud scream.

one month ago
Score 0
Weird!