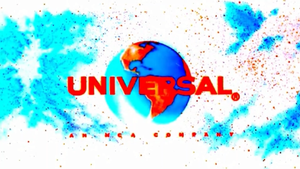 The video shows a G-Major version of the 1990-1997 variant of the Universal Pictures logo. However, after 50 seconds, a bunch of screamer pictures appear with the same scream from THX Broadway DVD in TERRIFYING G-Major!.

NOT FOR KIDS ARE WATCHING THIS