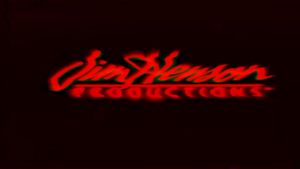 Jim Henson Productions 1993 Logo in TERRIFYING G-Major! is a screamer video made by YouTube user SuperJohn2005 (The creator of Ballybatton.exe) on October 24, 2019.

The video shows a G-Major version of the 1993 variant of the Jim Henson Productions logo. However, after 16 seconds, the logo zooms in and a spinning red-toned picture of Pazuzu appears with the same scream from Hey Arnold Subliminal Message Laughing Grandpa.