What's The Matter With This Picture?

From Screamer Wiki
(Redirected from Deleted:What's The Matter With This Picture?)
Jump to navigation Jump to search 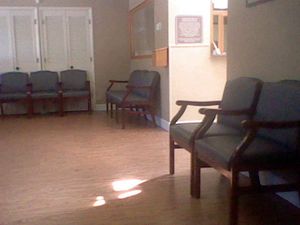 A photo of a waiting room.

What's The Matter With This Picture? was a screamer video published on YouTube by Para Para Revolution (known in this wiki as CrysRocksXY). It was originally titled "What's Wrong With This Picture?", and should not be confused with What's wrong with this picture?.

It shows a photo of a clinic's waiting room, set to "Dream Fighter" by the Japanese band Perfume. The song plays in low volume, encouraging viewers to turn their volume up. When the video reaches 0:37, a skeleton boy with hair (actually an image from "15 Creepiest Things A Child Has Ever Said", which is a YouTube video by Planet Dolan) appears while a loud scream plays.

Then, it smashes to a black screen with white text that reads "Check out for more videos on my YouTube channel! Please subscribe to my channel!", accompanied by "Whenever Love" by Ken Laszlo just like Baikinman's Heartbeat.

Due to the song copyright, the music by Perfume is removed. It was permanently deleted on June 21, 2018.

Folks, stare at this picture! There's something strange going on in it!