Deleted:Screamers: How to avoid them

Screamers: How to avoid them is a trick video made by Andayeful in 2014. The video's thumbnail is Uncle Earl from Hey Arnold! and the video's length is 1:41, it's basically just a picture of Regan MacNeil with the same scream as the K-fee commercials, only that the scream is louder even if you turn down the volume and it loops. It's kind of similar to Stoping Screamers and How to tell if a video is a screamer. This video was deleted as of 2017. 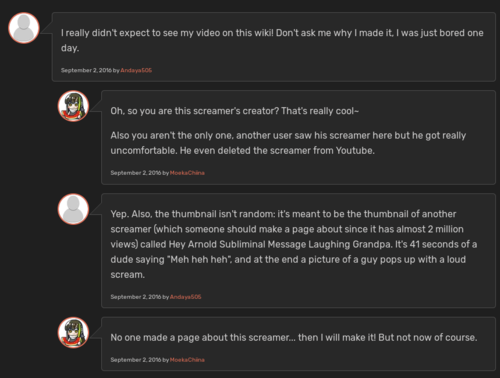