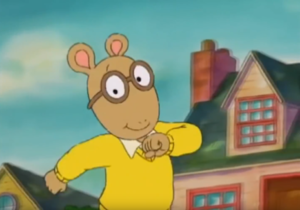 Arthur.exe is a screamer video based on the PBS Kids series Arthur , it was made by Atarster.

I thought the mouth was his arms lol